Here we are again, stunning, interesting, tropical Adelaide!
I know we are here for Therapy, and I'm spending my days working for the most part, it still feels lovely to be here.
We have been waking up each morning early and going for a walk along the beach for about an hour before Tova heads off to Future Footprints for the day.
I seem to need something from the shops most days (for example, today I needed milk -- Soy of course, none of that animal torturing dairy --). So I usually dash off to the shops after dropping Tova off, then head to the beach for a swim, shower, work.. such a nice life!
It's hot this year too. Every day has been in the low 30's, which is perfect.

Tova has been doing well in her therapy. They have said she is naughty, but her listening skills are improving since last year. Most of the time.

I think it was really good to go to Peto and then here very close together. It's so good for Tova.

Tova's school said something strange to me the other week, at parent teacher, they said that the physio and speechies HATE Conductive Ed.. That really threw me.. Especially as they were asking me to describe what it is just before they mentioned that. So either they were testing me, or they are hating something they know nothing about. I don't hate any therapy, I think if it works for your child it's great. And a mixture is great if that's what your child needs. I'm a bit frightened by their strong attitude. And also considering her school has in their mission that they are a school based on CE principles.. Deary me. Schools here in Adelaide have actual Conductors in the schools and I know that the school around this area has a full day of CE once a week. One of the families from Melbourne just moved here last week to start attending that school. I'm Jealous. There is no way we could move here, not now.. and I couldn't leave Nissim for a year or more if the boys stayed in Melb.. hmmm.. 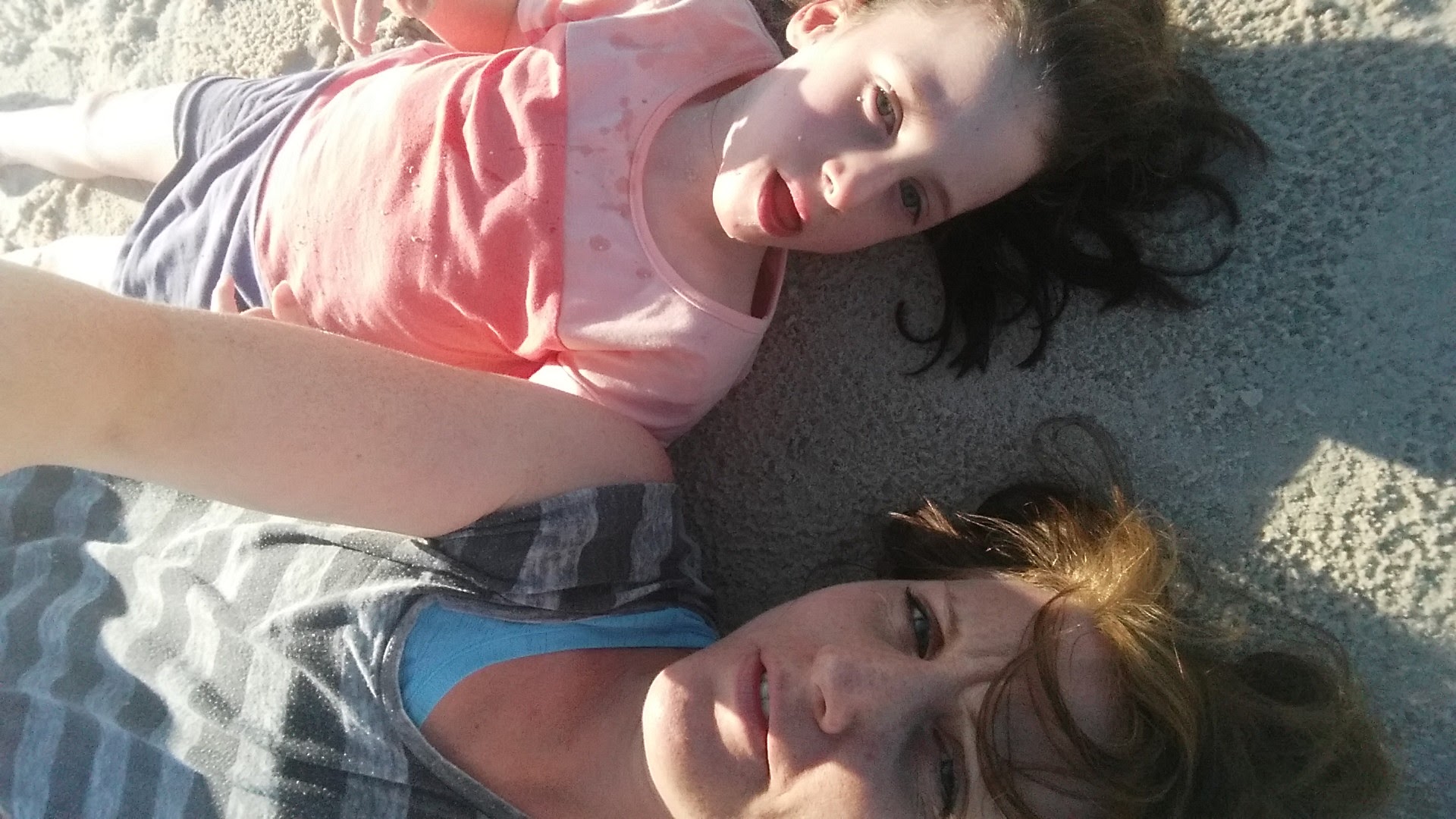 This is a shocking photo of us, but I love it! We were chatting about how we should lay down on the sand and Tova was covered in Sand, signing to me, getting sand all over us.. and it was just fun, and hot (30's) and about 7pm.

Outstanding Adelaide
The trick is to leave early
Powered by EasyBlog for Joomla!